How to See FPS in Roblox? 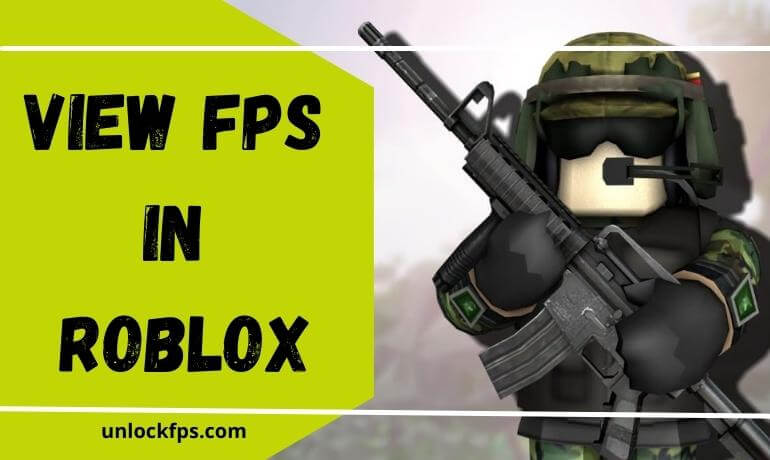 How to See FPS in Roblox?

If you are dissatisfied with how smoothly a Roblox game you created is running, it is a good idea to check if the FPS (Frames per Second) rate is causing the problem. Roblox is an imaginative game where users get to create games or play games created by others. Here you can create 3D games, share them with others, and play games created by others.

It also lets users socialize with others, make friends, and compete with each other. You can converse and ‘party’ with new and anonymous friends that you have selected. The game is available free to download on IOS and Android.

As a Roblox fan, you must have created several games and you must know that it can get quite frustrating if it does not run smoothly. To identify the cause behind such a lag when running games, you can check the FPS rate using a Roblox FPS counter. If the FPS is low, the video quality is choppy and lagging.

FPS (Frames per second) refers to the number of times that images appearing on the screen are captured in a second. So an FPS of 5 indicates that the screen takes only 5 pictures a second, resulting in slower and bumpier videos. A higher Roblox frame rate results in smoother and faster gaming.

As a Roblox player, you must be familiar with the fact that the game is, by default, capped at 60 FPS. This FPS may cause certain games to lag and give a sloppy performance. Although the game has no in-built system to increase the FPS in Roblox, it does not prohibit the use of third-party software. So, if you feel that the FPS is not high enough to run a game smoothly, you can use an FPS booster Roblox.

What is an FPS unlocker?

A Roblox unlocking tool is a Windows program that can be installed as an open-source, in order to unlock FPS and to go beyond the cap of 60 FPS for Roblox. By increasing the FPS in this way, input lag can be prevented. When the PC is capable of a better framerate than 60, unlocking FPS helps. This will let users avail themselves of a 60hz+ refresh rate and 60+ FPS of their monitors. 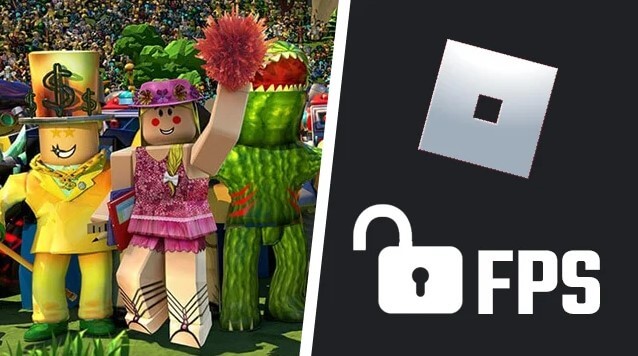 What is the Max FPS in Roblox and How can you Boost Roblox FPS?

In Roblox, the maximum FPS you can have is 60, set by default. In the majority of situations, an FPS of 60 is sufficient to give a smooth gaming experience. If you are not satisfied with the speed, do try switching off other applications for a better experience. However, if you want better performance, tools can be used to increase the FPS. Although there were concerns previously that Roblox forbade increasing the FPS rate, such is no longer true.

In 2019, it was announced that third-party FPS unlocking tools are not forbidden. The game does not have an inbuilt feature that lets you increase its FPS. So if you want a better FPS, you should download third-party software to do so. To download and use an FPS Roblox, follow the steps below:

How to see FPS in Roblox on iPhone?

Since Roblox is smartphone-compatible, you can download and use it on an iPhone. Same as with PCs, lower FPS can cause poor video quality and difficulty loading the game. While checking the FPS rate during the game on PCs is possible, such is not the case with iPhones. When playing Roblox on iPhone, you cannot view the FPS rate while the game is running. However, to resolve the issue you should try the following steps: 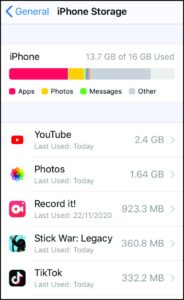 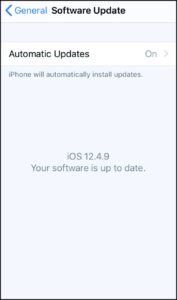 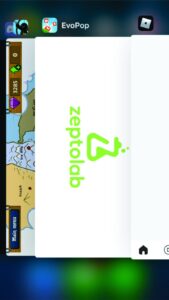 How to see FPS in Roblox on Android?

Even Android users can enjoy Roblox on their smartphones. If they face similar issues in-game performance, the problem can be solved in the following way: 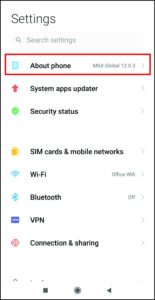 You may find it helpful: Unlock FPS on Roblox Mobile

How to Check Your FPS on Roblox on a Mac?

A minimum of 10.10 software version is needed for your Max computer if you wish to use the Roblox Studio. With Roblox Studio you have a much better gaming experience. One of its settings in the ‘Diagnostics tab’ lets you see your FPS rate. To use this feature with a shortcut key, click on ‘Shift’ and ‘F5 simultaneously. The FPS rate will then appear on the screen.

How to Check Your FPS on Roblox on a Windows PC?

On windows 7 or any windows version after that, Roblox should play smoothly but if there is any lag and you want to check the frame rate, follow the steps below:

How to Check your FPS in the Roblox Studio?

Roblox Studio lets you check the smoothness of any game that you are developing. Open the Performance Window and see the Workspace statistics. To do so, first launch Roblox Studio, sign in, and open any game you have created. 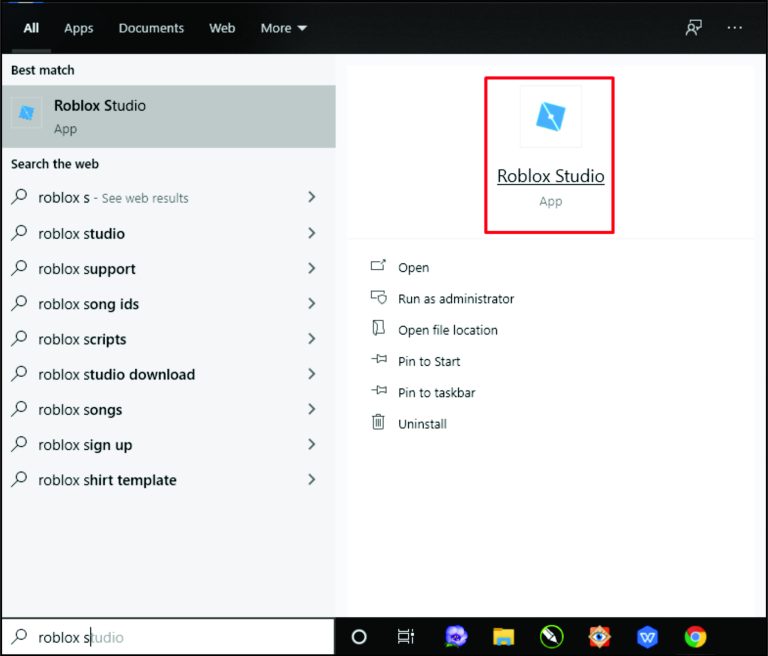 Then go to the View tab and select the ‘Performance’ setting. In the performance window, hit the arrow icon present next to the Workspace property. Here, your FPS will appear above ‘Heartbeat’. 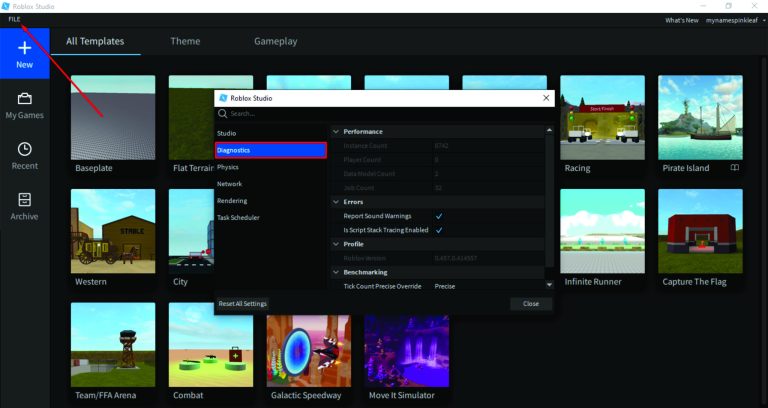 If you want to see the FPS rate while you are playing a game, test the game in Roblox Studio. Go to the Home tab and click on the ‘Play’ button, or press the F5 key.

Another thing you can do to achieve the same results is to press Ctrl, Shift, and F5 simultaneously while in the game editor. This will show a summary of the game statistics where you can see the FPS rate without having to visit the ‘Performance’ window.

What to do if FPS is not the Cause for Poor Gaming Performance?

There may be other reasons for a lag in gaming. Try updating the graphics driver, manually or automatically; install updates for your Windows PC; switch off unnecessary programs; or try enabling the gaming mode to enhance the gaming experience.

The FPS indicates the frame rate which determines how smoothly a game or video runs because it refers to the number of frames captured in a second. For most games, an FPS of 60 is sufficient but if the FPS cap of 60 in Roblox is not good enough, there are tools that let you boost the FPS and enhance your gaming experience. If you suspect that a low FPS is a cause behind a choppy game performance, you can check your FPS by opening the stats summary for the game. To do so, you need to hit Shift and F5, and thereafter, the FPS will appear on the top left corner of the screen.

You may also check:

How to Increase FPS in Roblox?