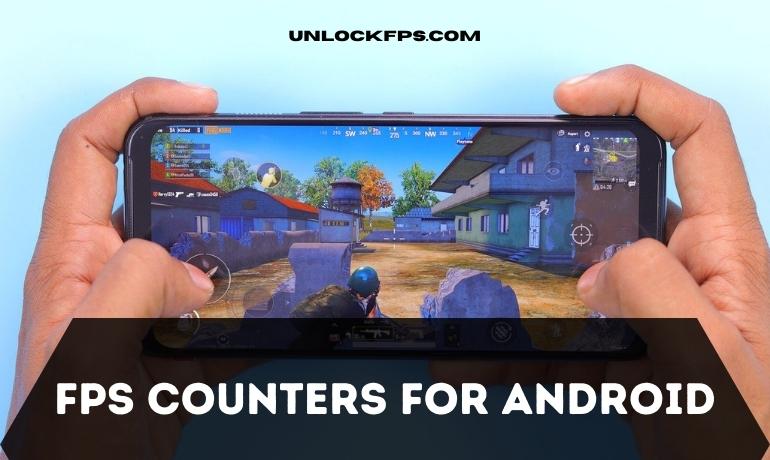 The term FPS refers to “Frames per Second”. Much like the flipbooks children used back in the old days, making images and seeing them fall in action once the flipping of pages began, the term FPS can be better understood keeping the above example in mind. Each drawn image of the flipbook can be thought of as one frame. As you play each frame one after the other the pictures come to life.

FPS, therefore, determines the number of images played successively in a single second. An fps counter can prove to be helpful if you want to check the frame rate or conduct an fps test for your laptop. Certain software packages come with fps counters that enable you to keep a check on your frame rate. The overlay fps counter for android games displays the fps on your screen, especially while gaming.

How to Get the FPS Counter on Android?

For measuring fps in android, you will be needing to install an android fps counter, such as GFXBench BenchMark, FPS Test-Alivegd, FPS Test-Kenumir, FPS Meter, Display Checker with Real-Time Refresh Rate, or the FPS Test 3D Benchmark.

There are a number of applications for measuring fps, available on “Play Store” for android phones and on “Apple Apps Store” for Apple iPhones.

Here are a few applications you can use for monitoring FPS on your device.

GFXBench Benchmark is an unchallenging and simple application that allows you to measure and study graphic performance, stability of performance, power consumption, and quality. This “Play Store” application enables you to analyze the performance of your desktop or phone providing quality graphics across various rendering APIs.

GFXBench Benchmark is amongst the best fps counters available on the play store. It runs a number of tests for testing device performance but each test is specific to certain devices. Making sure that every device is catered according to its needs. Hence the availability of tests varies from one device to another. This application features the

Battery and Stability test that measures the battery life and the stability of your device by analyzing the FPS and expected battery time utilized while gaming.

GFXBench Benchmark while providing Fps count allows the running of the application in both on-screen and off-screen testing modes. It provides a user-friendly interface that supports multiple languages, for the ease of users, which makes the gaming experience uncomplicated and trouble-free.

One thing to keep in mind though is that it requires at least 900 MBS of space free on your device for your application to function properly.

AnTuTu Benchmark is one of the most popular, China devised, benchmark software available in the market specifically designed for IOS users. This application will allow you to scan the performance of your android device across multiple parameters such as RAM, CPU, GPU, battery, and storage and give you a compiled result showing you the overall performance of your phone. It also allows you to test the reading and writing speed of your device.

AnTuTu tests work well on touch screens too as they check in to color bars, greyscales alongside multi-touches.
This application performs a series of tests on your device enabling it to check its performance on multiple grounds. Additionally, it also provides the model ranking. It is more suitable for customers who want to check the accuracy and originality of new devices before purchasing them or for those gamers who are addicted to gaming and pay specific attention to the performance of their device during it.

Sadly, since this Benchmark is so common, many hardware manufacturers have attempted to cheat on it and hence the new version, AnTuTu X, was launched to make it more reliable and safer from potential threats of cheating.

FPS Test-Kenumir, a frame rate app, for Android is one of the latest updated applications for measuring fps, in the Play Store. It is supported by android 4.2 and up and is developed by Kenumir. It performs simpler graphic tests which will allow you to keep a watch on your fps. It, however, has a rating of 3.1, which is not up to the mark if taken seriously. The application is user-friendly as it provides an attractive user interface. Although the rating seems “not that great”, it still punches a great blow when it comes to working.

All in all, it seems like these applications showed two extreme ends to their customers, some deeply in favor while leaving others highly disappointed. FPS Test-Kenumir can be easily used to run FPS tests on your chosen device, it also provides you with the results of your previously performed test along with a section for statistics to help you better keep track of your device. This application can be used on all Android devices that support Android 4.2 and up, which means it’s available on a great variety of Mobile phones and can be easily brought into use.

Amongst the best free fps counter, you will find the FPS Meter an fps counter for games. This application is specific for gamers and more importantly for PUBG addicts, who strive to maintain a balance and check on their device with regards to their battery status, internet speed, FPS, and refresh rate. The purpose of this application is to enhance gaming experiences on devices that find it hard to support tough notch games, by boosting and optimizing the CPU and RAM.

FPS Meter can help you keep a check on your Time Frame per Second during your gaming experiences such as while playing PUBG, Free Fire, COD accompanied by other high-resolution games. It will also allow you to check your current refresh rate, temperature, and battery level alongside keeping an eye on your internet speed and availability. The internet speed and real-time battery temperature can be viewed in your notification/status bar.

FPS Meter draws over other applications so that you can stay tuned in with your device’s functioning and stability. It would require permissions, though, for you to allow the application to overlay on other apps on your phone. Furthermore, it also demands access to storage for RAM and Cache memory management.

These frames per-app give Display Frame Rate and not the GPU Frame Rate, while gaming alongside other useful tools such as a refresh rate monitor for a smoother and more efficient gaming experience. It supports variable refresh rates and supports different screen resolutions.

Many high resolutions and novel refresh rates have now been brought to market. Display Checker with Real-Time Refresh Rate makes sure no device remains behind. It supports HDR technology and Dolby vision. This provides high-quality videos, improves highlights, and puts more brightness into them.

Though, it does not have a transparency option which would have been useful while the tool is being used. It also enables the device to overlay the pop-up for measuring the refresh rate and more, which is quite useful. However, strangely this application doesn’t support an FPS Meter as reviewed by a few of its customers. It also displays an attractive and friendly user interface that will give you easy handling of the application.

The application is bound to get an update, I.e. Update:v1.30, soon which will involve the “FPS Meter” for monitoring real-time Fps (Counts the GPU Framerate). So that the problem regarding the unavailability of the FPS Meter can be solved.

FPS Test 3D Benchmark, fps counter download will enable you to not only keep a check on the stability and performance of your device rather also enhance its working. This fps app helps you monitor your GPU limits and also stay tuned with your device’s FPS behavior.

This application is powered by a three-step test that will test your device and compare your device across the globe. It also acts as a device booster as it will help you clean your cache and keep your device working efficiently.

Compared to other Fps counters for android, this one comes with a unique feature of checking your current FPS, getting maximum Fps, and minimum Fps, and on top of that the average FPS and Total score as well. It provides you with a variety of settings ranging from Quality, sound, shadow setting to texture and shader settings.

So, the FPS Test 3D Benchmark is a fully packed package of device maintenance supporting, android benchmark, a device booster, FPS testing, Game monitoring, 3D Graphics, HDR picture quality, a check on system stability, and also graphics rendering along with many other side features that you can open and explore on your own.

It is always a good idea to keep a watch on your device’s performance or to check a device’s performance before you purchase it. Especially when it comes to hard-core gamers, having a check of FPS is key, before purchase. For this purpose, one can search on devices and check their FPS before buying.

Despite the fact that the above-given fps app holds a variety of features, each providing its own set of features for you to choose from, hosting a handful of flaws and yet a bunch of benefits for your device. Not all can rank the top.

Observing the above-given android fps counter, one can conclude that FPS Test 3D Benchmark, seems to lead the rest, keeping in mind its multitude of features while almost all the rest, too, shall give you a good watch, a good interface to monitor your device.

The processor you choose, the RAM your devices use, and your in-game settings, all determine what your FPS is for that game.

2. Is checking FPS necessary before buying a new phone? Does the performance depend on the FPS?

It is of great concern if you are a hardcore gamer and choose to play games that require a greater FPS to work smoothly. If the performance of your game matters to you, then you should look up for a good FPS rate for your device.

3. If you have a top-notch setup on your device, what does a low FPS indicate?

This may indicate a malfunction in your hardware. You might be having drivers that are outdated or there may be issues in your game. Your GPU may also be defective.  Hence, keeping an FPS counter is a pretty good idea for maintaining a check on your device.

How to Turn on FPS Counter in Steam? | Enable FPS on Steam

How To Turn Off Steam Overlay?