Does RAM Affect FPS in Games? 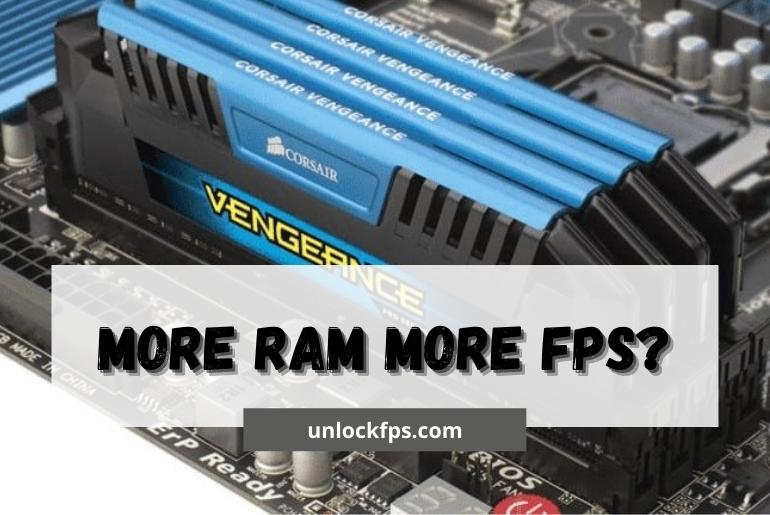 Does RAM Affect FPS in Games?

In today’s world of gaming, having good frames per second has become the need of the hour. Gamers are always finding ways to improve their FPS without needing to make any compromise. Amongst the other things that can affect the FPS in Fps games, RAM also counts greatly. The question is, how does ram affect gaming? RAM does affect your FPS and you will need at least 16GB to get a good FPS without spending too much. Can RAM affect the FPS?

Well, when you’re playing your game, the temporary files of the game are stored on your device in the RAM. If the RAM is low or runs out, your FPS may become lower. So, in short, your RAM and FPS are closely related. In this article, we will cover everything you need to know about RAM and how it can affect FPS in your games.

What does RAM do for Gaming?

So what does ram do for gaming? The RAM, Random Access memory of your device is important when it comes to gaming because your system will access the RAM data quicker than retrieving information from the storage disk. While the game’s entire data is present in the solid-state drive or the hard drive, it is not always efficient to pull data from there. This is why your computer shifts the information of your game to the RAM so it can be loaded quickly.

This acts as a short-term storage place for all the things that are running on your computer including the games. So, the RAM helps to keep your game files upfront and prevents the system from digging into the slower storage HDD and/or SSD every time you run something new. 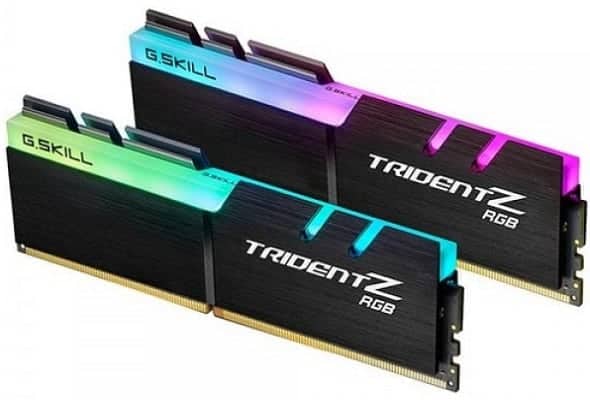 With a low average RAM speed, your computer cannot store all the game’s information needed to run the game in the RAM, therefore this can lead to poor gaming performance and a low FPS. In the case of a very low RAM, you can be prevented from playing the game altogether. So, RAM is described as a volatile memory that allows your game data temporarily to be accessed rapidly. A better fps in games can be achieved with a higher RAM.

How much RAM is Required for Better Gaming? 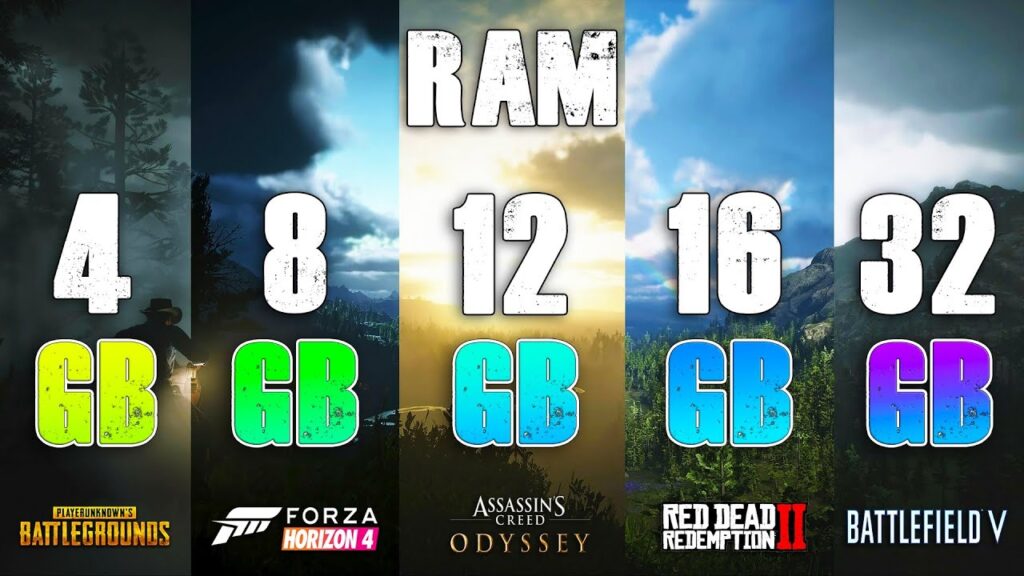 If you look a few years back from today, a RAM of 4GB would’ve been enough for playing your games and multitasking. However, that is not the case today. This is because the applications today are demanding and require huge amounts of memory for smooth running. Having insufficient memory can cause your laptop performance to be hindered. So, for a better fps for gaming today, you need to have at least 8GB of RAM for the smooth running of your games.

Nevertheless, sometimes, this may not even be enough. If you are a hardcore gamer, you may not find 8GB to be enough, therefore maybe 16GB will work better for you. If you want to enjoy lag-free and trouble-free gaming and multitasking, 16GB would be a suitable upgrade. To sum it up, we can say that 4GB is not enough for good gaming, so if you want to boost fps in games it’s better to have at least 8GB RAM.

So, does more ram increase fps? Yes, your RAM will affect the FPS in your games. To maximize your gaming performance, you will need at least 16GB of RAM. RAM is the temporary storage for all your gaming files. If your RAM is insufficient, your computer cannot store the information of the game properly, thereby resulting in a choppy FPS along with poor gaming performance. If your RAM is too low, you will not be able to play the game at all.

As it is known, adding more RAM doesn’t always mean increasing game performance, but does that work for FPS? The truth is that in some cases, increasing the RAM can increase your FPS as well. But the thing that counts here is how much RAM you are already having in your device. Different games will have different system requirements. Some need more requirements than others. Nevertheless, if your system isn’t able to meet the requirements of your game, it won’t run as smoothly, or won’t run at all. One thing that affects the game memory is the setting that you use.

Higher graphic settings will require more memory. This is mainly why gamers want a higher RAM to avoid worrying about slow or lagging games. So, if your RAM memory is less and adds to it to boost your in-game FPS, you may be successful because more RAM is needed and will be used. However, if you have enough RAM on your device to run your game on a good FPS, adding more RAM will not bring any improvement to your game. So, while the FPS will increase with more RAM in some cases, it will not in all cases.

Can Dual Channel of RAM Affect the FPS? 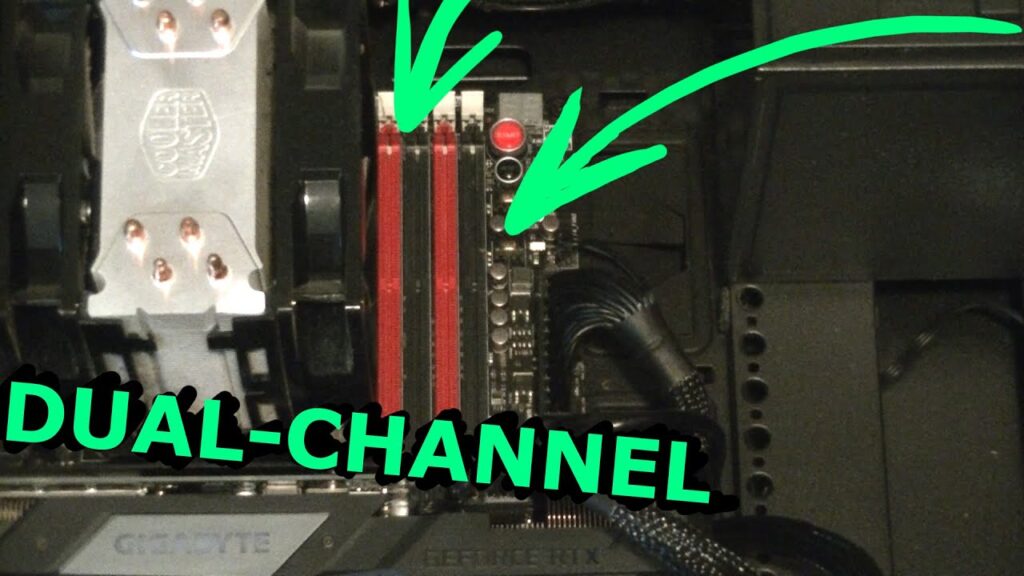 Dual channeling is a very simple way to set your RAM. It gives the look of placing a RAM stick in each slot. Even though it is very common, you should still cross-check the system’s motherboard to see whether it supports the dual-channel option before buying. You also need a CPU that supports this dual-channel RAM.

If you are single-channeling your RAM currently, changing to dual-channel can be one of the best upgrades to a faster ram for gaming as this would lead to a huge impact on the FPS. For this upgrade, you’ll need two sticks of RAM of the same quantity and speed. If one RAM stick is slower than the second one, your system will use a lower RAM speed stick so the other cannot reach its fullest potential. So, while dual-channeling can help increase your FPS, you need to be careful when setting it up.

Can Quad Channeling of Your Ram Increase FPS? 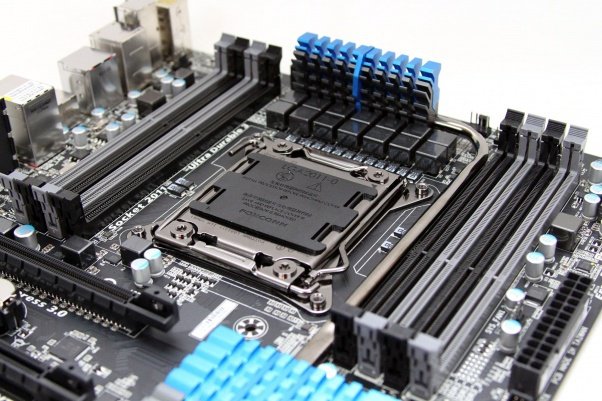 Does RAM Latency Affect the FPS?

RAM latency is measured as the time is taken while receiving and completing the tasks. While a lower RAM latency can improve FPS performance, a greater benefit is experienced with a faster RAM. You need to have a balance of the frequency and the CAS latency. A RAM that has a higher frequency and a lower latency is considered the best RAM. So, basically, the higher your frequency, the higher the CAS latency will be. A satisfying balance between these can give you good RAM at a good price. So, below we have given a great formula that can help you find fast RAM.

How to Find the Fastest RAM for Gaming?

When searching for the fastest RAM for gaming, here are a few specifications that you should consider.

Virtually every RAM stick you find has a version number and DDR. The double data rate, DDR, means that this operates twice for each clock cycle. With the improvement in technology, DDR2 has developed along with newer versions. Now you’ll see DDR3 RAM and DDR4 which is the new standard. So, one thing to consider when buying fast RAM is to see whether the RAM generation is compatible with your motherboard. If you are getting more RAM for your device, make sure to see that your motherboard supports it.

The RAM sticks you’ll find also have a clock speed mentioned in megahertz. This represents the number of cycles that the RAM is able to perform in a second. The greater your clock speed, the better the experience. Nevertheless, the change may not be as drastic. A whole faster RAM is better, sometimes it won’t even be noticeable. The clock cycles and DDR generations are interlinked. Mixing RAM sticks that have different clock cycles can make the system run at the lowest frequency. The numbers on the RAM like 5-9-5-23 are timings that show the RAM latency. So, before buying RAM, make sure to consider the clock speed as well.

The Number of Sticks

When you’re buying RAM, make sure to see the number of slots supported by your motherboard. If it supports dual-channel memory, you can use two RAM sticks alongside for better performance. If you have dual-channel support, try to get two 8GB sticks rather than one 16GB stick as this can improve performance.

The Equation To Find Fastest RAM for Better FPS in Game

With a high RAM frequency, you can complete your tasks much quicker because more data per second is handled by this. Take a reference. The DDR4 RAM which has a 3600Mhz clock speed is able to complete 3.6 billion cycles in a second. So with a RAM that works so fast, you can process a lot of data and get better performance. The CAS latency can help you measure the fastest RAM in this case. So, you need to balance the CAS latency with the RAM frequency for finding the fastest/balanced RAM. The formula is given below.

Note: The clock speed of your RAM is the DDR4 number halved.

The equation result is in nanoseconds. Here is a demonstration of this equation for RAM.

So, mainly, the lower your number is, the faster and better your RAM will be. This formula can be applied to every RAM stick to measure the speed, and sometimes the RAM with higher frequency will take longer. This may be because the RAM is running at a higher CAS latency and higher frequency resulting in a longer trip to the first byte than with a lower, balanced CAS latency and RAM.

So, how important is RAM for gaming? RAM does greatly affect the FPS of your games and the performance, but this can only happen if your system already has an insufficient amount of RAM. When you have a certain amount of RAM already available, the increase in FPS performance will become negligible. So, we can conclude with the fact that Frame rates can be affected by the RAM memory.

Yes, a slow RAM can disturb the harmony of the different parts and therefore reduce the FPS significantly. As the gaming data cannot be stored on the RAM, the FPS is lowered and the gaming performance drops as well.

While more RAM can give a better FPS if you have low RAM already. If you already have the recommended RAM required by a game, getting more FPS won’t increase the performance further. So if your game requires 12GB RAM and you have it on your device, increasing it to 32Gb won’t increase the FPS anymore.