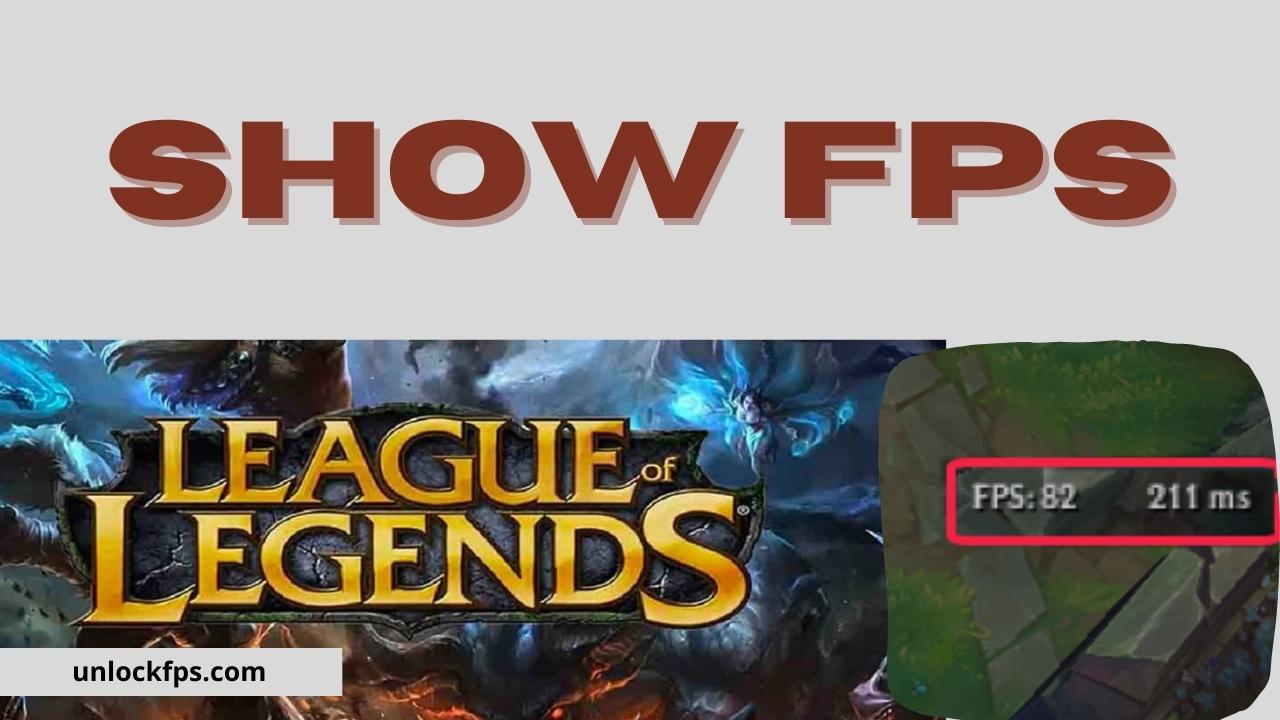 Gamers know the importance of a good FPS in gaming. FPS, standing for frames per second counts the number of frames that are being shown in a second on your display. FPS is a good way to assess how well your gaming is working. A good FPS gives you better graphics, lesser lags, and a smoother gaming experience. With low FPS, you will get screen tears, lags, and poor gaming visuals. Most games like the league of legends are playable at 30FPS, but it’s best to go above 60FPS.

What Does Ping Mean in League of Legends?

Ping in the league of legends is defined as the time taken for the keyboard and mouse actions to be registered on the server of the game that you play. The lesser this ping is, the better will be your gaming performance. If you have, for example, 1000ms ping in the league of legends, it means that every action will take one full second to be registered on the game server. This is a very high ping and may make it impossible for you to play your game.

How to Show FPS and Ping in a League of Legends?

If you wish to show fps lol, along with the ping, you can follow the given methods below. Follow the step-by-step guide given below.

Method 1: With the League of Legends Client

Using this method you wouldn’t need to enter the game, instead, you can easily do it using the client of the league of legends game. 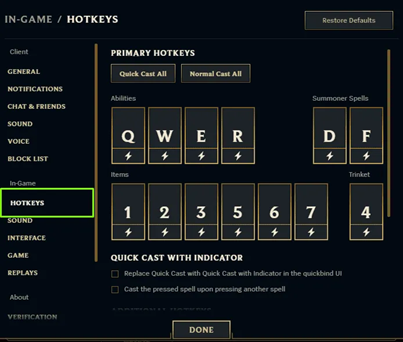 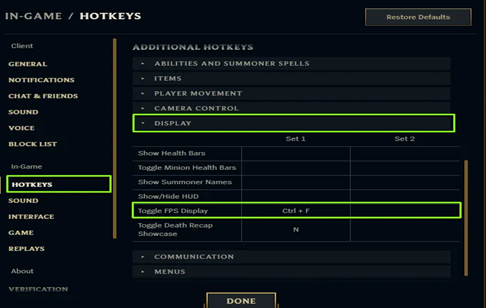 Method 2: Show the Ping and FPS with In-Game Settings

If you wish to see the fps league FPS and ping, this method can also be used. The method is the same as the one above, the only difference is that it is set from the league of legends game and not the client. Here’s how to show fps and ping in lol. 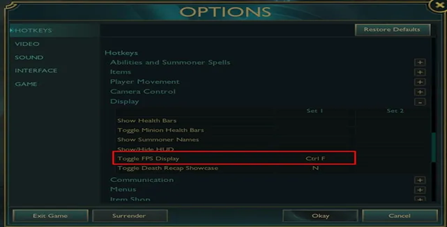 Can we Use other FPS Counter Software to View FPS in League of legends?

While the methods given above can be useful in checking your ping and FPS, alternatively, you can also use an Fps counter software to check your FPS in the league of legends. The reason why people often prefer this method is because of the ease of use. The FPS counter software can be accessed easily and the best part is that it also has other useful and amazing features. You can use this software to show fps league. Here are some of the best FPS counter software. 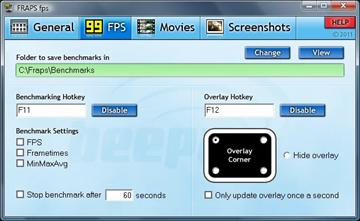 Fraps is one of the most popular software for seeing your FPS in games. This software is compatible with most of the Windows versions and supports games running with OpenGL graphic technology and those using DirectX. Fraps can be used to check the FPS, benchmarking, and also be used for other analyses. Gamers often use this software to open the in-game FPS counter in the league of legends. 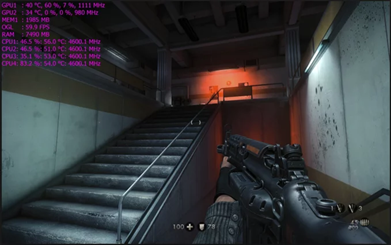 The MSI Afterburner is another software that is used for its FPS counter. Since it is a GPU overclocking utility, it allows you to check your FPS in your games for free. With this enabled, the FPS counter will be shown at any screen corner. Other additional things will also be seen including the clock speed, voltage, and temperature.

You may check: How to Enable FPS Counter in MSI Afterburner? 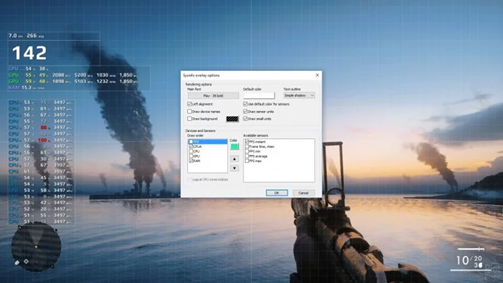 FPS monitor is another great software that you can use to see your FPS in your games. It also shows the GPU performance, CPU usage, and RAM utilization, amongst other things. You can use this FPS software to check to view the FPS counter in your games or view any other performance aspects. 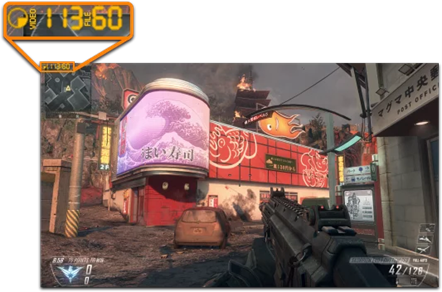 DXtory is yet another FPS counter software that you can use to see your FPS. While you cannot customize the position, you can use other customizations. The frame rate will be shown on the top left end of the screen.

What is the Best FPS for League of Legends?

League of legends is not a very demanding game so it wouldn’t need a very high FPS to work at its best. If you have a steady 60 FPS rate, it should be enough to play League of legends with a good experience. When the graphics are concerned, you need to have an FPS of at least 60 to enjoy the most intense moments of the game. In the chaotic game fights, where everything is flying around on the screen, you’d need buttery smooth graphics to get the best experience. The more your frame rates are, the better your gameplay will be. So, the higher you can go, the better it is.

How to Increase FPS in League of Legends?

If you wish to increase fps in the league of legends, follow these few tips given below. 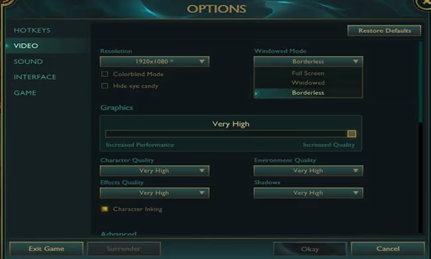 If you ever experience a low FPS in the league of legends, the first step will be to adjust the in-game settings because changing them can give your FPS a boost. Lowering the graphics settings can often give a great boost to your FPS. Check the video settings of the game and lower them as needed. A lower resolution can also boost the FPS.

2. Make the Changes Outside your Game 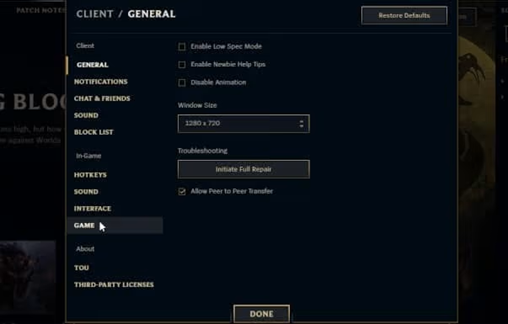 3. Ensure your Video Drivers are Updated

If you aren’t a gamer, you may not be focusing on the driver updates. These updates are essential for fixing internal bugs, and also optimizations. Sometimes, outdated drivers can be the reason for a lowered FPS in your league of legends game. Make sure to keep your drivers updated if you want to enjoy a good FPS in gaming. 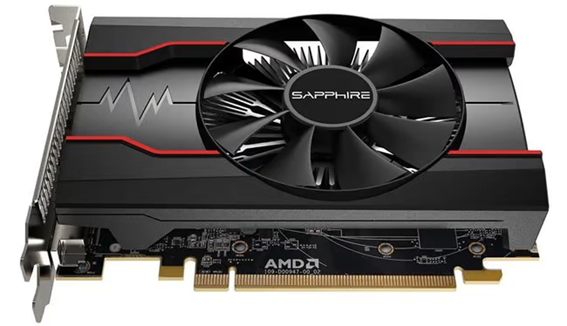 One other thing that can give your game’s FPS a boost is getting a new GPU. If you have a very old GPU, whatever you do, your FPS may not ever get very high. Get a new GPU if you want to get a high FPS in the league of legends.

5. Invest in a New Computer

The best way to give your FPS a boost is to invest in a new computer if you can afford it. Invest in an economical computer that offers the best features for your gaming. An old, outdated computer or CPU can sometimes cause a lowered FPS rate.

If you are unable to see your ping on the screen, press the Ctrl and the F button on the keyboard.

2. Does low fps affect performance in league of legends?

Yes, the frame rate will affect your league of legends experience because a lower FPS will result in lags and poor graphic visuals. A high FPS will offer smoother gaming with fewer lags. You can ideally play this game at 60FPS since it’s not very demanding.

3. How Do I Run a League of Legends Ping Test?

You can run the league of legends ping test by pressing the R and Windows keys together and then entering “cmd” when the box opens. Then click enter. Another black box will appear. Now you have to type ping 104.160.