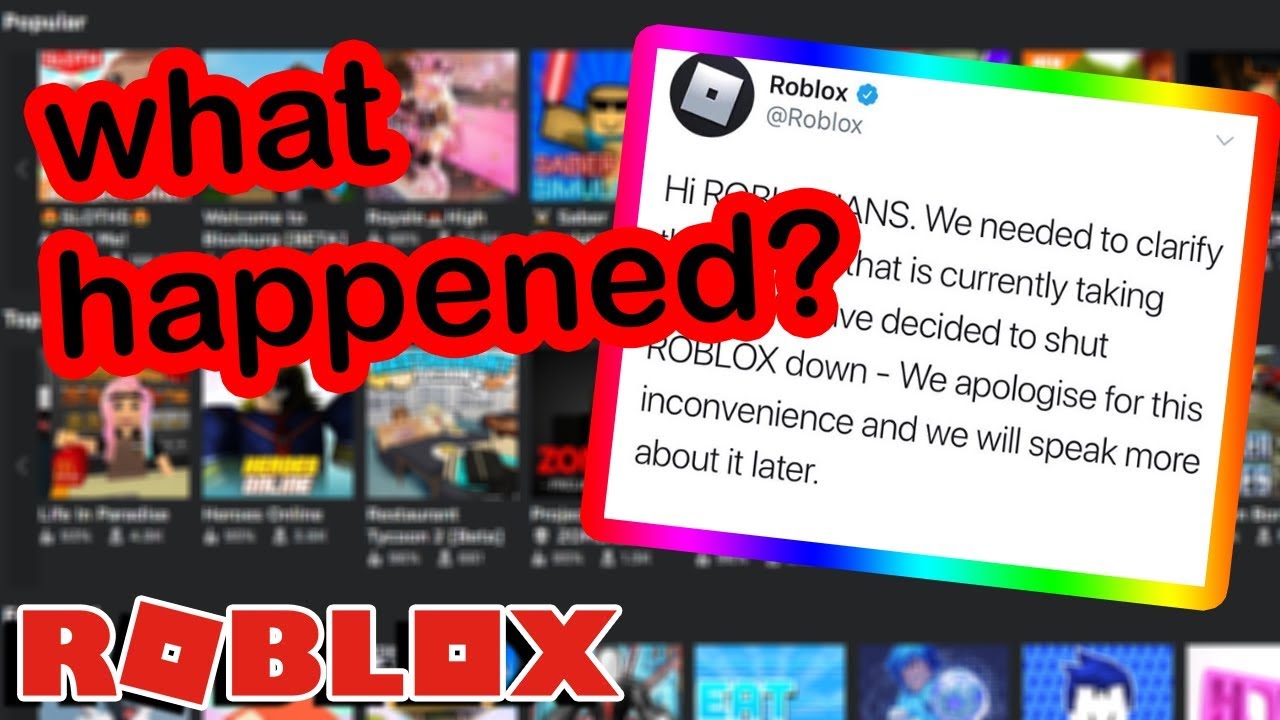 If you faced difficulty logging in to play Roblox this weekend, know that you weren’t the only one.

After going through a big online outage over the weekend, Roblox is finally back. From 28th October to 31st, millions of Roblox players were not able to log in. The CEO and co-founder of Roblox confirm that Roblox is now working again and thank everyone for the support.

On 28th October, Thursday, users had reported that they faced difficulty in connecting to Roblox, and it became clear later that most players weren’t able to access the game at all. On 29th October, Friday, on Twitter Roblox had posted that they were facing some issues and apologized for the problem, also saying they are trying to get things to normal.

Over the weekend, the game’s Twitter account stayed active with updates. On Saturday it was announced that the issue had been found and by late Sunday night it had been fixed.

So Why was the Site Down?

The CEO David Baszucki said that this outage had been more difficult because it was a combination of different factors.

Roblox’s spokesperson said that it all came down to more servers being connected at Roblox’s data center.

Since servers are the computer or programs that let the websites run, with an issue there, all the sites supported face issues too. As more of these computers had been added, it overloaded the system, making the platform go down.

David Baszucki said that the issue recovery took longer because of the difficulty in diagnosing the issue. He also apologized to the Roblox community for the delay.

He also said that the actions being taken to avoid these issues ahead will also be shared, and they will remain transparent about all the findings.

The statement also reassured players that their progress wouldn’t be affected and everyone can continue from where they had left.